This year, the University will offer an unprecedentedly interesting programme during the 61st edition of the Zlín Film Festival, of which TBU is an important long-term partner. Within the Festival, the University will commemorate its 20th anniversary of establishment, namely during a concert by the Czech music band JELEN to be held in nám. Míru Square.

The festival Monday, 13 September 2021 (the day on which the new academic year commences, coincidentally) will be focused mainly on the University. Attendees can look forward to the so-called “School of Magic and Witchcraft” organized by the Faculty of Technology and the “Virtual Reality” prepared by the Faculty of Applied Informatics. The youngest attendees will have the opportunity to have their faces painted or to join creative workshops prepared by the Faculty of Multimedia Communications, have ice cream and obtain a TBU helium balloon. 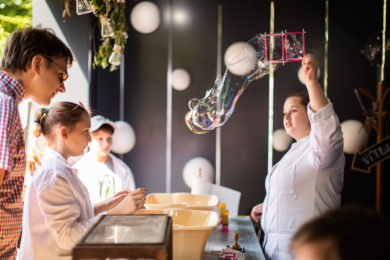 Adult attendees will surely enjoy an exhibition entitled “We Are 20” based on the popular microsite jenamdvacet.cz, which has won many international awards. Both the exhibition and the microsite describe the story of TBU over the 20 years of its existence, map its development and growth, focusing on its educational and creative role, and outline the visions for its future.

The day will climax at 6pm with the concert by the Czech music band JELEN. “By organizing the concert, we want to celebrate the important anniversary of establishment of our university. We look forward to meeting our students, staff, graduates as well as the general public there. All of you are cordially invited to attend the concert,” said Prof. Vladimír Sedlařík, TBU Rector.

Invitation by the band JELEN:

Attendees to the Festival can look forward to the popular event during which TBU Star Honorary Doctorates will be conferred on actresses Aňa Geislerová and Klára Issová on the red carpet in front of the Congress Centre at 5pm on Monday, 13 September 2021.
In addition, a promotional clip of TBU entitled “Start Differently!” will be displayed on the LED screens throughout Zlín.

All TBU Faculties will participate in the organization of the programme for children throughout the entire Festival, i.e. from 9 September to 15 September 2021. The supporting programme prepared by the Faculty of Technology and the Faculty of Applied Informatics will take place in the KOMA modules on a daily basis. The Faculty of Humanities will join the Festival activities on 9 and 10 September and will offer a programme entitled “Be Safe with the FHS” in the tent situated in Komenský Park. Students of the FHS will provide medical surveillance of the attendees throughout the whole festival week. Representatives of the Faculty of Multimedia Communications have prepared a programme for the Festival attendees in a film laboratory (FILM LAB) located on the ground floor of the building U13. 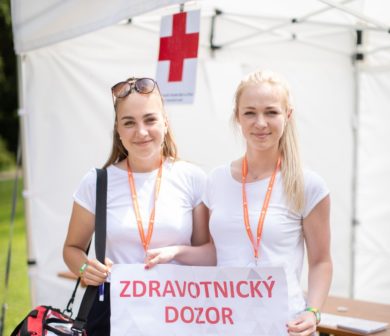