The symbols of TBU in Zlín comprise a mark, sign, insignia, gowns, an embossed seal, motto and a flourish.

The TBU mark consists of a stylized symbol of a book and the University’s name. It graphically illustrates a standing book (viewed from above), whereas the orange area – Pantone 1505 U (black or grey) – depicts the cover and spine of the book, the white area represents papers of the book. The whole composition is completed by a wedge-shaped shadow thrown by the book (always in the same colouring as the book cover), which completes the format in the upper part of the mark. The design was inspired by the functionalist architecture of Zlín – its typical simplicity and sense for maximum practical use of space. The finishing touches were put by the text on the right hand side. It bears the name of the University, its constituent part or faculty. The text written in Berlin CE Regular font is left aligned.

The mark and the unified visual style of the University were designed by MgA. Lumír Kajnar in 1999.

The TBU sign represents a more solemn version of the mark. The symbol of the book is placed in the centre of a circle, the perimeter of which is lined by the University’s name in Latin UNIVERSITAS THOMAE BATA ZLINENSIS in the upper part and by the University’s motto ERUDIRE ET CREARE in the lower part. The texts are written in upper-case letters in Berlin CE Medium font. The blank space between the University’s name and motto is filled up with a square-shaped point.

The TBU insignia comprise a mace and chains.

The Rector’s mace consists of a shaft and a head. The base of the head is a massive circle. There is an open book on both sides in the upper part of the mace. The book is a starting point for relief streams which head diagonally into four directions. The book represents traditional historical forms of education, the streams covered by symbols and structures represent contemporary and future forms of communication and educational systems. There is a grey-blue agate placed obliquely in the middle of the circle. The grey-blue agate is honed into a shape of an irregular cube and the university maxim ERUDIRE ET CREARE is engraved separately on both of its sides. There is a sign UNIVERZITA TOMÁŠE BATI VE ZLÍNĚ on the front side of the circle; on the back, there is the English version TOMAS BATA UNIVERSITY IN ZLIN. The head is separated from the shaft by two flat discs. The bigger one contains dark blue enamel on the upper side. In combination with the yellow metal of the mace it represents the town colours of Zlín. Other discs are divided by a smooth shaft, which contains a coil in the middle. This enables to divide it into two parts. The length of the mace – 119 cm, material – gilded brass.
Design: Michal Vitanovský, MFA, Prague
Manufactured by: Jiří Šilhán, Studio TIP, Prague.

The Rector’s chain consists of the body of the chain – catena and a hanging medal. The double-sided and stamped medal is 80mm in diameter, and bears a portrait of Tomas Bata on the obverse side and an unclosed writing UNIVERZITA TOMÁŠE BATI VE ZLÍNĚ on the back. In the upper part of the reverse side there is a stylized view into the full university assembly hall, in the lower part there is the municipal coat of arms of Zlín with the inscription: 1. 1. 2001.

The chain – catena is made of three stamped parts with a simple non-figural relief. The central part with the hanging medal defines the chain expansion. The chain also contains two types of chain parts – circle and square-shaped, which regularly alternate and are connected with little circles.
Material: Gilded silver
Design: Michal Vitanovský, MFA
Manufactured by: Minted and assembled by Štátna mincovňa, Kremnica, Slovakia

The only difference between the Vice-Rectors’ chains and the Rector’s chain is the material used.
Material: Silver
Design: Michal Vitanovský, MFA
Manufactured by: Minted and assembled by Štátna mincovňa, Kremnica, Slovakia

Gowns are designed in a confluent silhouette with a red base colour and worn by the following academic dignitaries: Rector, Chairperson of the TBU AS and Vice-Rectors. The gowns of the Bursar and the Director of Marketing and Communications have a blue base colour.

The gowns are colourfully accented with a stripe and trimming of the sleeves. Their colours are contrasting with the base colour. They accentuate the majesty of the silhouette and the ceremonial character of the whole.

The same colours are used for headdresses. 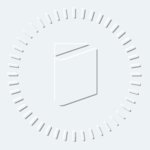 The embossed seal is based on the TBU sign. The text along the perimeter was replaced (according to the number of letters) by a series of 36 short beams in the shape of the capital letter I. The embossed seal is made of a negative steel die. This seal is used for signing documents and verifying their authenticity. It concerns mainly graduates’ diploma and letters of appointment for Associate Professors. The diameter of the embossed seal is 32mm.

Furthermore, the seal can be used in personal correspondence among representatives of the University and Faculties (the Rector and Deans). It improves the visual quality of a message and gives a formal character to the correspondence. The size of the embossed seal depends on the paper format in these cases.

The motto of TBU is ERUDIRE ET CREARE in Latin, which means EDUCATE AND CREATE in English. It expresses the University’s brief credo, which TBU follows and adheres to. The motto can be used as one of the University’s symbols on solemn occasions.

Academic ceremonies are accompanied by a ceremonial flourish composed by Jaroslav Bílý.